The App Completing the Loop in Circular Fashion

An Interview with Josephine Philips
In the peak of the UK’s second lockdown, Josephine Philips, a 24 year old entrepreneur from London, launched Sojo, the very first app for clothing alterations and repair. I was lucky enough to chat with Josephine a few weeks ago, and, despite inevitable issues from Zoom, learn about Sojo and the industry of circular fashion.
‍
BY MARY DOWNER 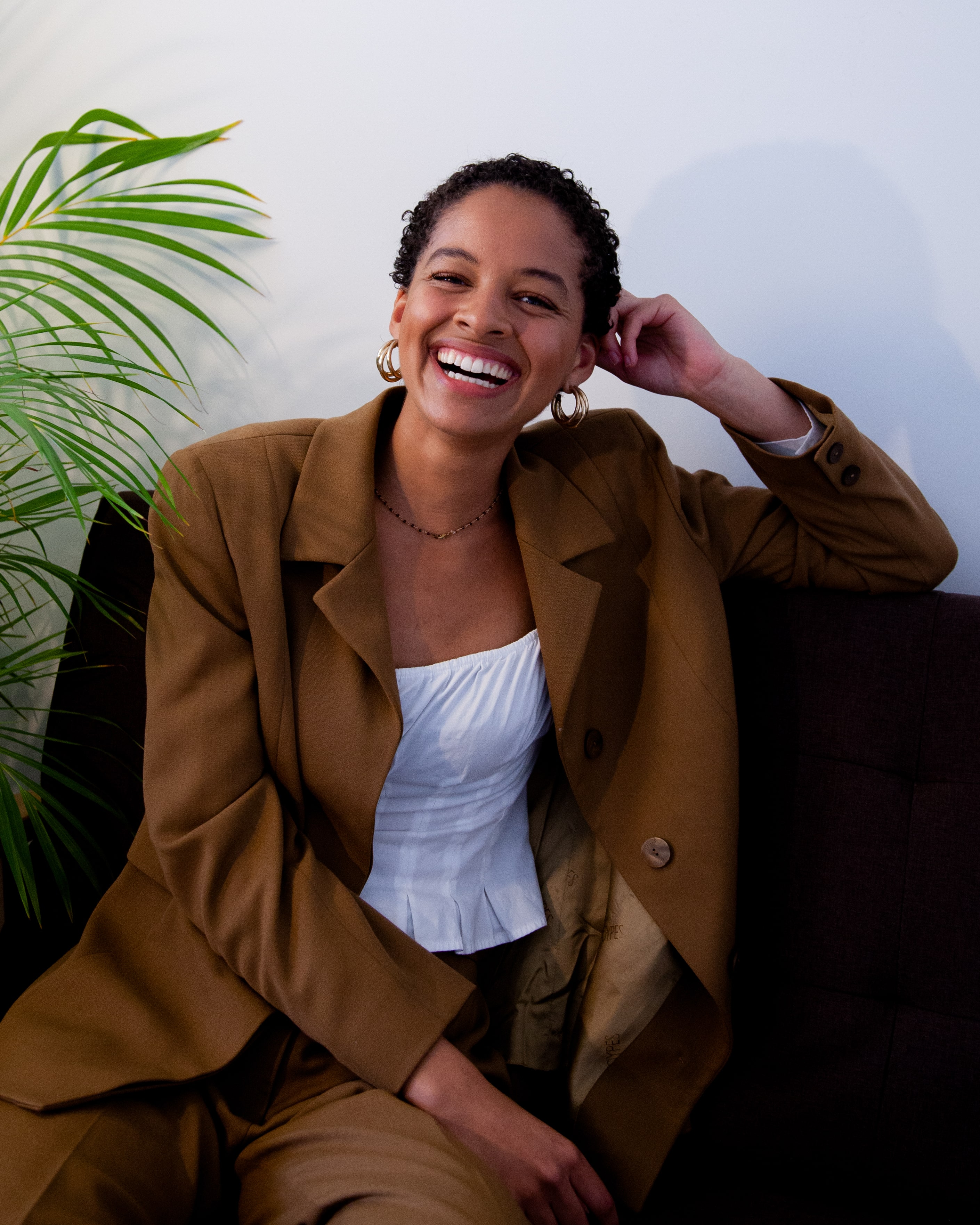 Sojo is the sustainable fashion industry’s answer to Deliveroo, making clothing repairs and alterations easier than ever before by connecting consumers with experienced seamsters across London. “There’s amazing skilled people who know how to do it and have decades of experience and expertise, and a huge group of people engaging in sustainable fashion who are also part of the convenience economy and get absolutely everything on their phone. So the app acts as a bridge in the middle, a great way for the seamsters to get business and a great way for us to engage more sustainably with our habits.”

‍The process really is as easy as calling an Uber, with four simple steps. You choose your location and seamster, select the alteration or repair (for alterations, you send two items- one which fits you correctly- for them to match), you select a collection date and time, and one of their female cyclists comes to collect it. “It’s completed within 3-4 days and dropped back to your door, fixed and fitted.” While it's currently only available in London, Josephine assures me that “we’re going to grow really soon, and really quickly, we’re hoping to be in 10 cities in the next few months”, and they have recently launched in-store services in Beyond Retro stores across the capital.
‍
The idea for Sojo came about while Josephine was in her final year at King’s College, London. Having chosen to study physics (admittedly because she fancied her A-Level teacher), and philosophy, she fostered her interest in entrepreneurship throughout her time as a student.“I did a sustainable ‘activisty’ tote bag thing, which I wanted to have as an option against plastic bags. They also incorporated ridiculous feminist slogans and that was just me being anti-men and wanting to walk around with ‘fuck men’ on my bags. I fell into Sojo at the beginning of my final year, and that was when true entrepreneurship kicked in”. While at university she had become “a second hand shopping enthusiast, having recovered from fast fashion and realising [that she] wanted to move into a more sustainable way of shopping which allows you to consume but with less guilt”.

‍Having mastered vintage shopping to become a seller on Depop, and even working at their headquarters, Josephine became increasingly aware of the problem of sizing in the space of circular fashion; “I realised I was finding amazing pieces that I loved but if they’re not your size, they’re not your size. I found it really difficult that you could fall in love with a great value item that was exactly your style but wasn’t your size. I wanted to alter them, but didn’t know how.”  She realised that for the convenience economy of our generation, going to the highstreet felt like too much time and effort, so instead “I dedicated two years to mean I wouldn’t have to– a lot more effort I suppose, but ultimately means I can give it to everyone else too! It started off as a second hand sizing solution, and is so much more than that now.” 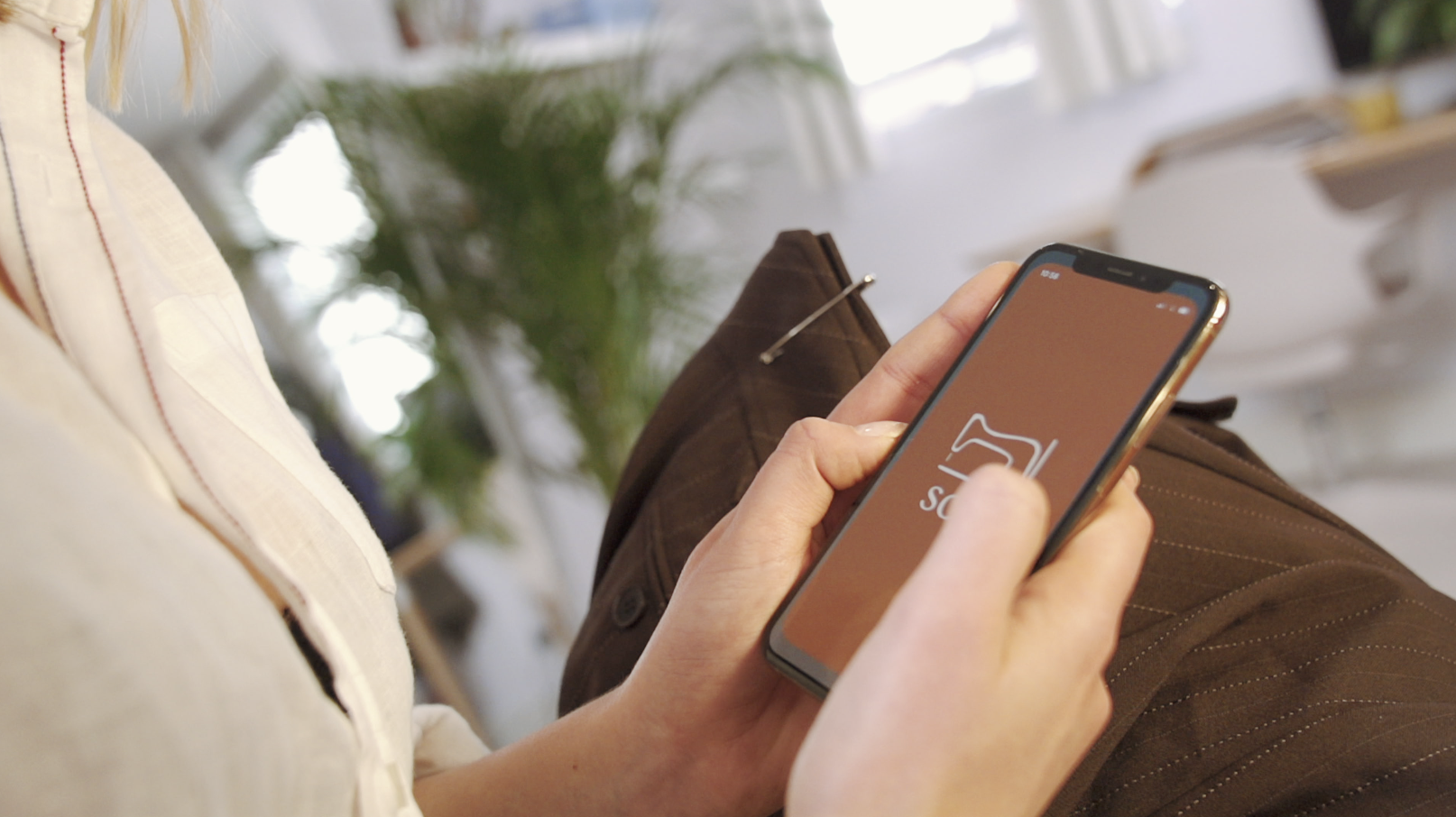 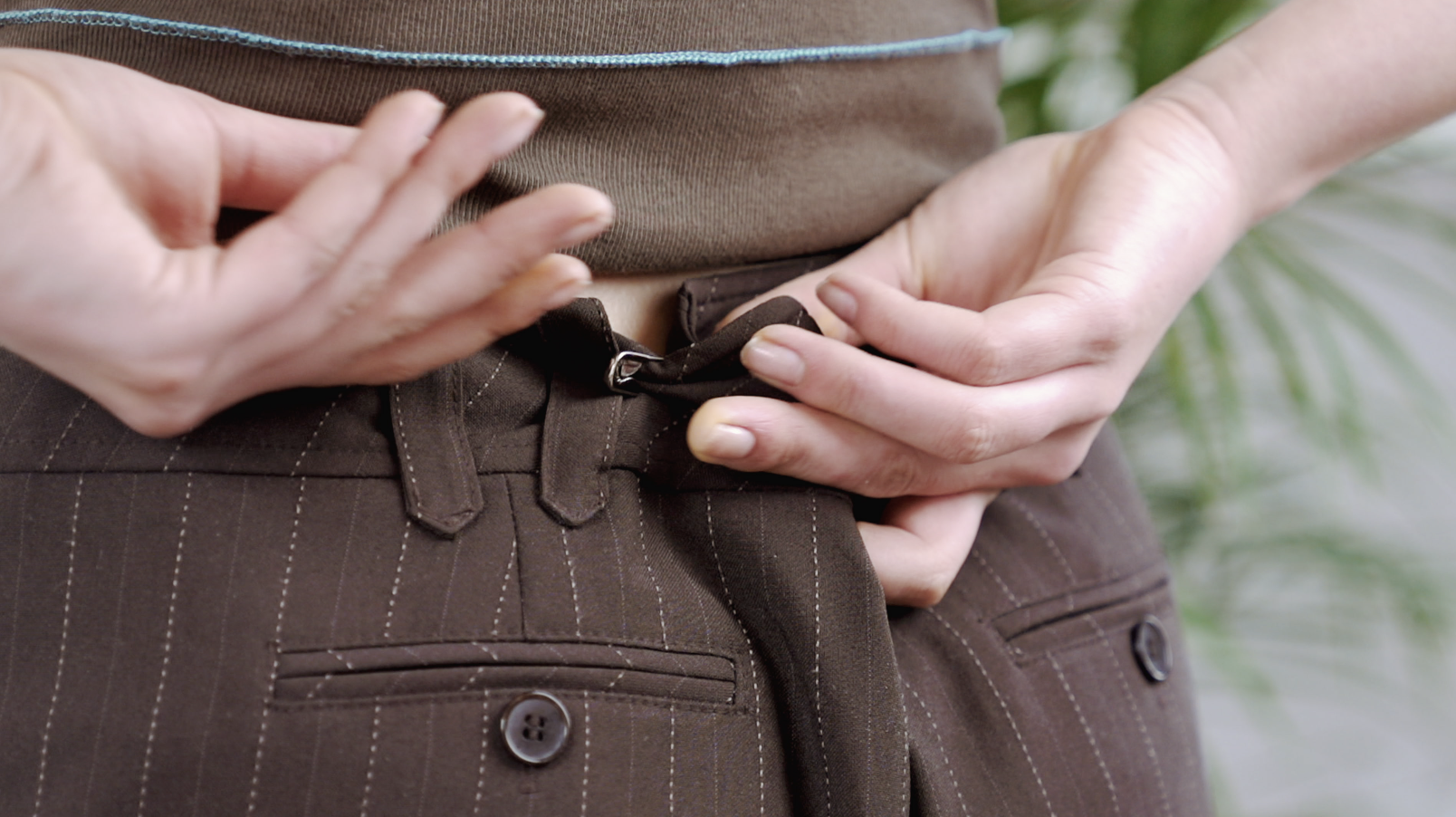 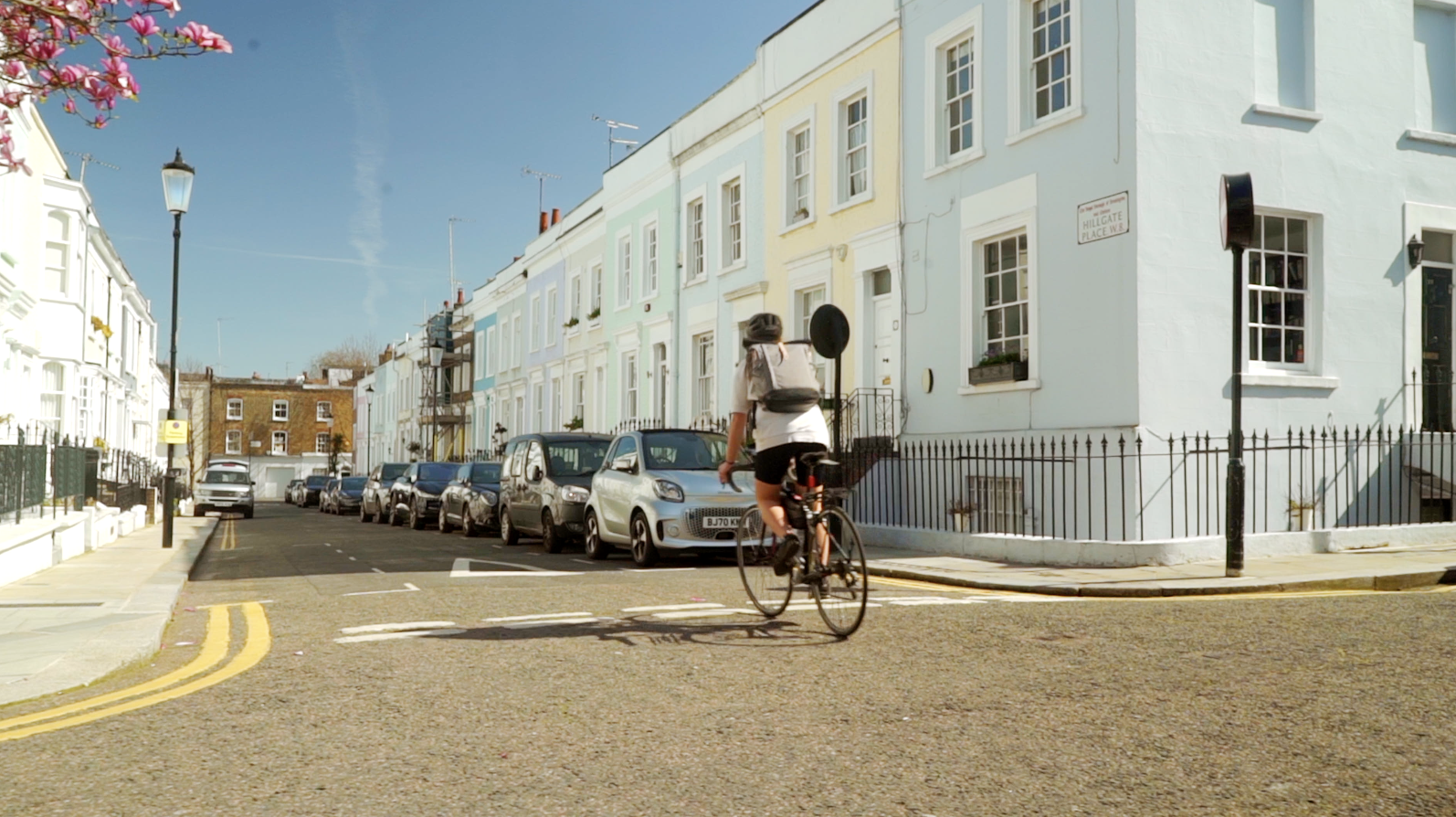 And it is – by using Sojo customers can reduce their carbon-footprint in a plethora of ways. “To throw a few facts out to get some perspective, 13 million items of clothing go to UK landfill each week, and that is part of a huge disposability culture that we’ve created. So on different fronts we’re really trying to reduce that by actually repairing things to avoid them going to landfill (15-20% of our orders are repairs due to damage), and to change the culture around clothes.” By altering and repairing your clothes, not only do you increase its lifetime (just 9 extra months decreases its carbon footprint by 20-30%), but you also combat a culture of disposability by loving your clothes for longer.

The idea of combating a culture so normalised, and popular, seems daunting, but Sojo “really do want people to learn about where their clothes come from, to look after them, love them for longer, understand what fabrics or fibres are better. Understand if their workers are paid, or understand why they should be loving it for fifteen years”. While this can be difficult, because “obviously, investors absolutely hate to hear us being like ‘we’re going to change the culture’, because the culture is the culture, but for us, we’re making something incredibly convenient, and we ultimately are doing something that is good for the environment but more broadly we want to make sure that we create a space that is aligned in its mission more broadly.” The mission is a multi-faceted one, because as Josephine puts it, “sustainable fashion is not just about repair, and never buying again and loving what you already have, it's also about second hand, rental, swapping, and buying first hand from places which properly pay their garment workers both in the global South or manufactured in the UK.”
‍
This mission of education is at the heart of Sojo. When asked what steps students should take to start consuming more sustainably, Josephine returns to education; “I think the first step, not to sound pretentious, would be learning; fundamentally the reason that I changed my behaviour wasn’t because I wanted to, because ultimately who doesn’t love buying a lovely outfit and wearing it straight away because it's new and quick to arrive. Instead, you have to have another feeling to oppose the instant gratification of fast fashion, and that feeling is one of understanding. I think it's a start to be educated in how bad it is both from an environmental perspective and a social perspective, and an ethical perspective too, and once you understand that a garment you’re buying is that cheap because you’re exploiting someone somewhere in the world– indirectly, but you are, you’re contributing to that– and the quality won't last, it will go to landfill and kill our planet. When you feel that emotion it combats the other emotion of ‘I want to look good in that new top tomorrow.’’ Josephine suggests starting with podcasts and books, and even things as small as following the right people and looking at  the right online content, “just engaging with it and learning with it will hopefully filter down into your behaviour and slow down consumption in general.”
‍
Launching the app in her final year, while brave, proved to be the perfect timing, because “being a student entrepreneur is great in terms of people being happy to give you loads of free advice, there’s also lots of grants and idea competitions which give you funding”. It also helped Sojo find its brand identity; being part of its own clientele because university students are increasingly involving themselves in circular fashion. Another central element to Sojo’s identity is being a black-owned, women led, business. Josephine remembers her almost obsessive admiration for black female entrepreneurs while she was growing up, because in that time only ten black women were given investment for their ideas. This comes from the UK’s much larger issue of having a huge investment gap against black founders, with just 0.24% of capital being given to black entrepreneurs. As an entrepreneur herself now, she is keen to show that black women should be invested in. “Although I have a bit of anxiety about building in a public which has such a cancel-culture that may tear you down, there’s an importance beyond that of showing that black women should be given money because when they’re given it they succeed. While [investors] do like to invest in 35 year old white guys, ultimately those guys don’t know about all the market opportunities so it's actually an advantage having someone who is like you to create something.” Josephine still feels the effect of these prejudices, but “my mentality is that if I feel like there’s any sort of vibes, whether that relates to me being a woman, me being a young black woman, or just being young, I really shut down the conversations and don’t entertain those people. Luckily the people that I’ve been able to cultivate around us, and our investors, are wonderful and they back me irrespective of anything, they’re incredible people and they can spot a good entrepreneur from a mile away.”
‍
Sojo is available across London, with in-store services at Beyond Retro. Keep an eye out for their impending expansion, and find out more by following @sojo_app on instagram.

Check out Sojo here: sojo.uk
New interviews are released every Sunday and new articles every Thursday.