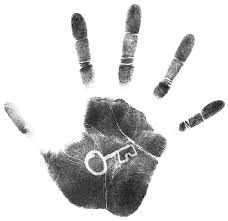 In the second installment of this ‘In Conversation’ piece, STT’s CEO and Founder Ruth Dearnley discusses the roles technology and collaboration have to play in the fight against human trafficking, and how we can individually bring about change.  ‍

How do you think human trafficking has transformed over the past few years?

‍We need to start thinking about human trafficking as a business. It’s not a new business – people have overpowered people and exploited people in history. But I think the ability that the criminal network have now to make so much money is because of the digital revolution.‍

Technology has enabled the level of profit to be made out of exploiting people to go through the roof. Where 200 years ago when you had to move [individuals] physically, in large quantities, and control them, you can now do that using technology and you don’t have to be standing next to them. And you can be clever in your communications. It’s an economy. This is billions of dollars that is the proceeds of a crime that are being moved through legitimate businesses! And our banking system! So our globalised society has brought so many amazing gifts to us as human beings, but it’s also brought tools for people who want to exploit.‍

And what role do you think social media has to play in that? Because, obviously it's one of the most fantastic tools in that anyone can use it to spread a message, but it's a bit of a double-edged sword. Social media can be malevolent. And you can use it to, as you said, deceive people, so how can we best use social media to actually get all those benefits of information-sharing?

Great question. But it's true of anything, isn't it? … All the tools, through the ages, often inventions, have often been used first for bad rather than good! We all have to make a choice about how we use it. I think it's about time that we all work together, and I am not denying that there are challenges with all tools, but we can either use them to tear something down or build something up. So, I'm an embracer of the future, not a cynic. We have an incredible opportunity to put people and technology together to disrupt a global crime in a way that's never been done before. ‍

“We have an incredible opportunity to put people and technology together to disrupt a global crime in a way that's never been done before.”‍

Our approach is intelligence-led and that’s about three things.‍

We can only stop what we can see…Through the 'Stop' app, we're collecting stories and indicators of things where people might think something is going on. How can we bring all the information that financial institutions have? This is 150bn dollars - and that's a very low estimate, going through our banks. We need to be able to see it.‍

And so we need to then use technology tools with the information that we've collected together and begin to identify those routes, those connecting points. You might see something on your street in Durham and it's pretty meaningless to you, but it made you think, it just looked wrong… And if you can put that information into what we would call a 'big dataset', it's incredible how using analytical tools and technology, we can begin to mark up a map.‍

So we collect, we analyse, and then with what we then begin to see, which we say is where data becomes intelligence, and then intelligence turns into insight. And the only thing to do with insight is to share it. Collect, analyse and share - and that is a revolution.

If I can share, to my friends and everybody in the world what I had for breakfast this morning, why aren’t we using those platforms to share information that empowers the person who has a mobile in their hand? So that we can get to them a message that gives them a choice? And that is the fundamental approach of STT. ‍

So, we work with banks on the ground, we work with businesses on the ground, and groups, and networks, and communities, and young people, and NGOs, along that route, and then we turn that into a very short communication message. And then we share it back out using different mediums, but one we use is ad credits on people's Facebook platforms because we can actually target and geo-locate the very people who need that particular message. And we're excited enough now to be able to see that we're beginning to be able to measure the behaviour change, in communities that were vulnerable, and to see that people are starting to make different choices. And that, to me, is extraordinary. Because, information is power… The information that you can then share in a way that enables people not to feel guilty, not to feel ashamed, not to feel fearful or forced or threatened, but become empowered to make choices for them, their friends and their families, and their community, so that they can say "not here, not in my community, stop" - and we're saying stop the traffik.

Yeah. I think one of the big things that we really liked about STOP THE TRAFFIK - and that we wanted to embed into the campaign - is that focus on empowerment and conversation and community rather than criticism and fear mongering. So could you tell us a little bit more about that - about empowerment and how you go about it?

Well…what changes us? What changes our behaviour?  I don’t think it happens when somebody makes me feel ashamed. Or someone shouts at me and tells me I’m stupid. I think we change our behaviour when we feel empowered. When we’re given information, that gives us the ability as human beings to do a remarkable thing: make a choice. And what we’re talking about in terms of preventing trafficking is giving people the human dignity to be able to understand some of the choices that are in front of them. They might find out that they actually decide to go with it, take the risk and choose something that isn’t good. They might go with their eyes open because compared to where they are, they think they have no choice. But I don’t think that any mother really desires or wants to let go of their child so that they go into some situation of abuse. They just want to believe it’s not true. What our brains do when something terrible is happening is that they decide to deny it. Denial, for us in our communications, is one of the biggest challenges we face. This is a part of what STOP THE TRAFFIK is doing around bringing information and shining a light - make this thing real and detailed and transparent, because, then, none of us can pretend it doesn’t exist. ‍

“Shine a light - make this thing real and detailed and transparent, because, then, none of us can pretend it doesn’t exist.”

Yeah. Choice - that choice on an individual level between "I know that say, supporting certain fashion brands is ethically problematic because they are rumoured to be using sweatshops”, but at the same time, I know that me boycotting any given fast fashion brand isn’t going to make a difference. If we all boycotted them it would make a massive difference to the landscape, but ultimately it's really difficult to get people to make that decision. Why do you think people still prioritise their desire to consume over the fact that they know that it may be contributing to human trafficking?

The power that the consumer brings is enormous and extraordinary. People need to understand that they are creating the demand and, you know, if you ate chocolate and on the wrapper it just had the sight of a young boy that was using a machete and being abused whilst you were eating your chocolate, I think our pictures would change. It's interesting, isn't it?‍

“The power that the consumer brings is enormous and extraordinary.”‍

And we'd rather deny. But it’s also important that business takes those responsibilities. Which is why STT tried so hard to get the Supply Chain Amendment into the Modern Slavery Act in 2015 and in the UK, which is having a global impact now. And then it's also about the money that's flowing, in terms of fashion. And it's also about awareness of new fashion, and start-ups, and leaders who want to do it in a different way. All of it needs to be informed by evidence, and information. So that people, in their worlds, can do the right thing.‍

We just have one more question. Obviously, it needs to be a collective movement, but what can individuals be doing? Especially those that aren't necessarily in a financial position to be, you know, shopping from high-end, New World, ethical brands? What can they be doing to contribute to the fight against human trafficking?

“Do it out of passion to build a better world.”

This interview has been edited for clarity.